Camerado Media announces the premiere of 'GI Says', the story behind the most controversial and surprising underground/antiwar GI Press publication in history.

Self-published by Army Specialist Kenneth Anderberg at Camp Evans, Vietnam in 1969, the eponymous 'GI Says' was the only underground/antiwar GI press publication ever to be produced in a conflict zone by an active member of the US military.

The mimeographed 'zine was made most (in)famous in 1969 for reporting on a rumored $10,000 bounty for the proposed fragging of Hamburger Hill commander, Lt. Col. Wendell Honeycutt. Anderberg was consequently arrested by military police and faced ten years imprisonment in Leavenworth federal penitentiary...time which he would have served, if not for an unexpected and amazing turn of events that soon followed!

The film's subject, 'GI Says' publisher/editor Kenneth Anderberg, has never publicly discussed his controversial underground publication on film until now, leaving his existence shrouded in mystery prior to this documentary.

'GI Says' premieres at 12:00PM / noon on Saturday, December 4th with other movies at AMC West Shore 14 (Theater #2) in Tampa, Florida. Get schedule information at https://tbuff.org 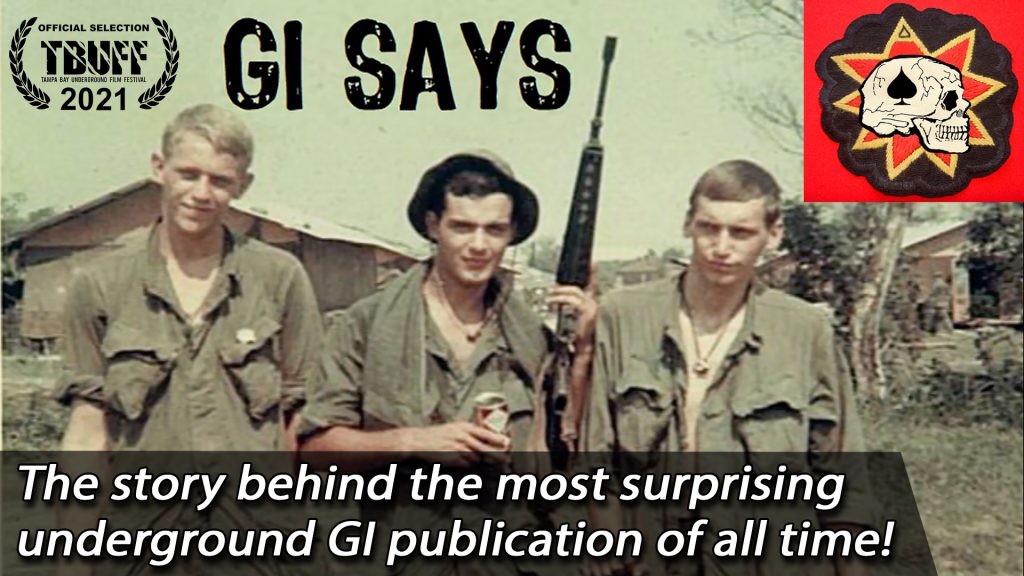